But what are the stocks that have been the basis of the massive market outperformance? And what has made Buffett work so well over the long history of the company that he leads?

Warren Buffett is one of the greatest investors of all time. And he has the report card to prove it, as just noted above. There are plenty of stories of his early years as an entrepreneur peddling door to door and like me working at a local grocery.

He would go on to the financial markets as a broker, working his way up at a series of firms. The basis for his public investment fortune and renown began with a series of investment partnerships, with locals investing in him and his investment process.

There are many bases in his investment approach. Amongst the leaders are his drive to invest in or buy companies with intrinsic value that was above the market’s price. This is when the underlying net assets that can be broadly defined as book value are higher than the stock value.

There have been an are plenty of companies that fit the criteria. Stock screens can easily pick out stocks that are currently trading at discounts to book value. But there is more to his method. there’s also cash generation. Generating cash is vital for companies, but consistently generating lots of cash in an efficient and predicable manner is a core necessity for a successful company and stock.

Blending these two concepts together leaves us looking for reliably profitable companies trading at a discount to intrinsic value. Those make for ideal investments.

And this is arguably why Berkshire Hathaway has had the long-haul market outperformance.

The performance of Berkshire is legendary, but has much of its success in earlier years. The past 10 years have not been as successful. It has returned over 187% — but the S&P 500 Index has done better with its return of over 260%.

And the same is the case for the past five years. And it gets worse over the past year.

Berkshire barely is positive over the past year returning only 2% against the S&P 500’s 17%. That is not good news for his shareholders. And yet, the share value of Berkshire is running at a big premium to its investments with a price to intrinsic (book) value at 1.31 times making his own stock not a Buffett buy.

And as for the cash as measured by free cash flow (excludes items like non-cash expenses) Berkshire is priced at 20.70 times its free cash flow compared to the S&P 500 Index member average of 16.20 times. This again argues that Berkshire isn’t a value Buffett value stock.

Perhaps a look under the hood of Berkshire via its last quarterly report shows what’s what for the numbers and the stock value and performance. Some of them are market stars, while others are severely challenged.

But does Buffett see something that the market isn’t yet getting? Let’s take a look at the top 10 stocks by shares held by Berkshire Hathaway. And note, Buffett doesn’t invest for what’s now – but what he sees working over time. 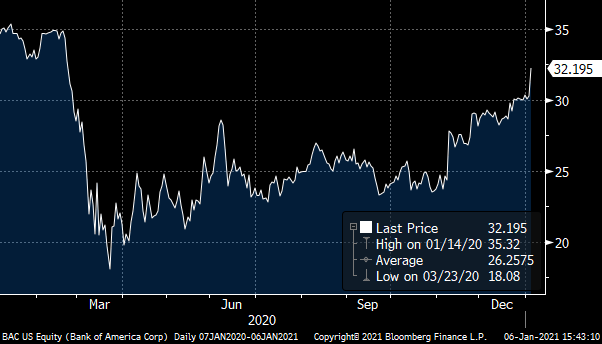 First up on this list of Warren Buffet stocks is Bank of America. BAC is one of the leading U.S. commercial banks. It is valued now at 1.59 times book and at only 7.04 times free cash flow. And it has a dividend yield for cash for Berkshire at a yield of 2.2%.

The bank has a pretty good net interest margin (NIM, cost of funds against interest earned) of 2.2%. But it has ample costs for high efficiency ratio (the percentage cost of each dollar in revenue) of 59.8%. This means that it costs Bank of America nearly 60 cents for each dollar of revenue.

But with normalizing interest rates in the U.S. eventually expected along with economic recovery, the bank has promise for Berkshire. 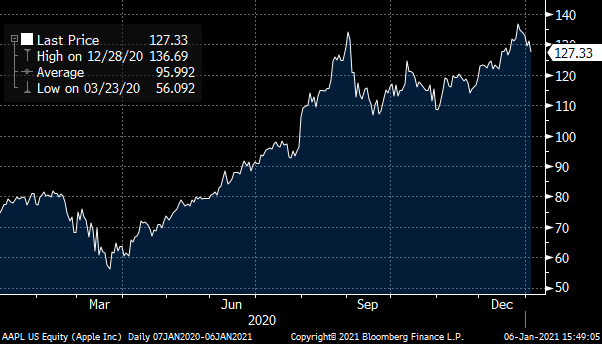 Apple sells its smart phones and other devices as well as trying to peddle more services including content and fees from apps. It is expensive at 34.05 times book and 31.39 times free cash flow. But it has returned 76.3% over the trailing year.

Apple has piles of cash, as it pays little in dividends with a yield of 0.63%. But with its operating margin at 24.15%, it is efficient in its operations. The key of course is growing its universe of products in the field and, in turn, selling more fee income to those device customers. 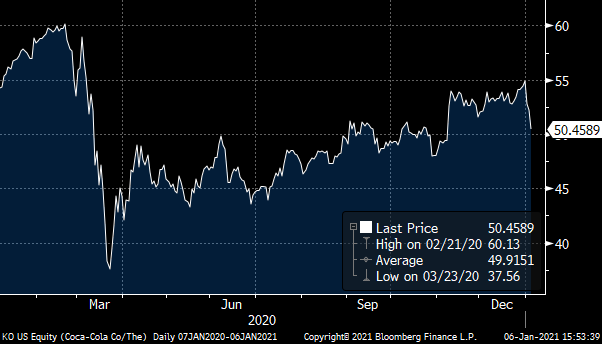 Coca-Cola (KO) is in the business of fizzy (and other) drinks. It is another expensive stock at 11.04 times book and 29.73 times free cash flow. But it does have a dependable stream of drink-buyers around the U.S., and globally that has resulted in sales gains of 8.6% over the past year.

KO stock has lost 7.83% in return over the past year. And that includes the dividend yielding 3.3%. It has less cash on hand and more debt — limiting its capabilities. But its operating margin is fat at 29.3% for an impressive return on shareholder’s equity of 40.78%. It needs to have customers guzzling more, and more customers coming around, for the market to take more notice.

See also  As Bitcoin Prices Slide Below $40,000, Should You Buy the Dip or Sell? 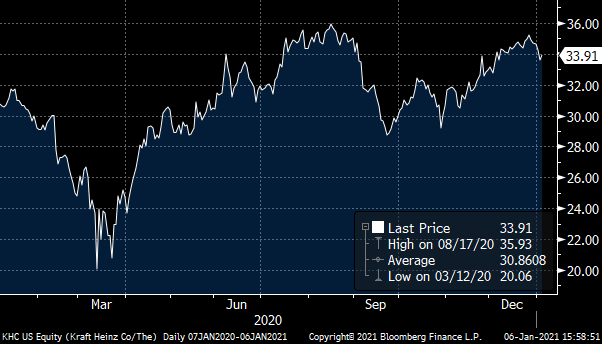 Next on this list of Warren Buffet stocks is Kraft Heinz. KHC is in the consumer foods business, which has gone through various acquisitions and changes. It is in the middle of resolving accounting issues and questions, putting a pall on its stock value. But perhaps that makes for a bargain? It is valued at only 0.84 times book and 9.53 times free cash flow. This puts it into a Buffett stock category.

The stock has done better with the year’s return of 8.96%, and as perhaps more folks see the underlying discount of the stock value, it may prove out for Buffett. 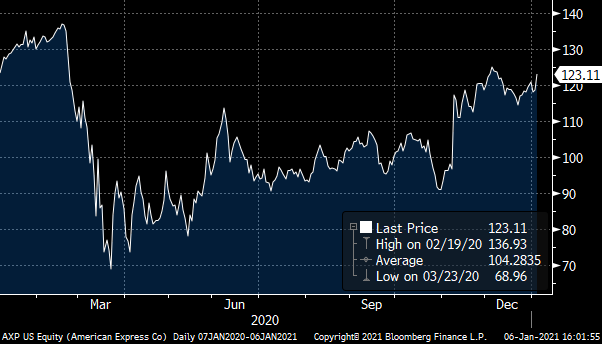 American Express is a financial services company focused on its charge and credit card businesses. It is valued at 4.45 times book and 25.65 times free cash flow, making for a bit of a pricey stock.

AXP has an excellent NIM at 8.8% — but its efficiency ratio is quite dear at 72.8%, meaning that it costs a lot to make each dollar of revenue. The stock is down 2.19% in the past year, but the key for the company is a post-virus return to travel and leisure spending. That will eventually be in the cards. 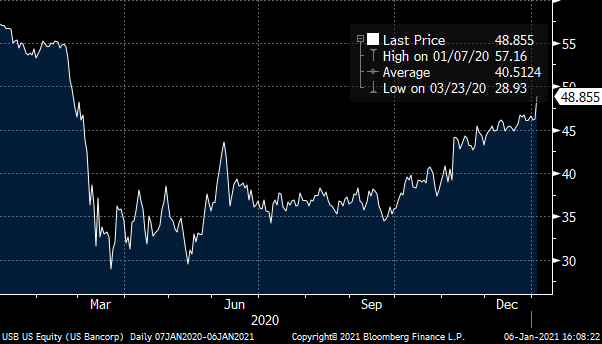 U.S. Bank is my old bank that has embedded in it some of my old operations and customers. It is one of the better run banks in the U.S. with a conservative focus on customers and risk that has always proven out for its shareholders.

The stock has lost 4.56% in the past year. But with good asset and liability management and an improving U.S. economy, the bank is well placed for better return prospects. 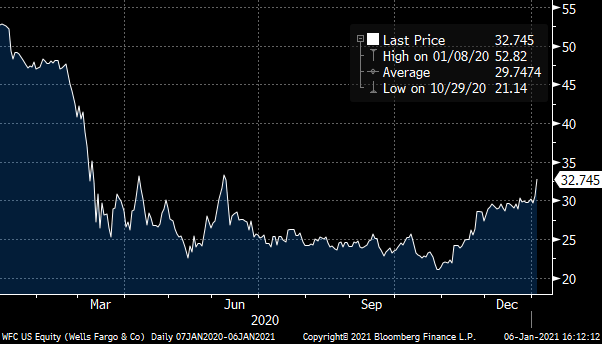 Wells Fargo, my next pick on this list of Warren Buffet stocks, is a bank with lingering troubles stemming from customer fraud. But that makes for a cheaper stock. The price-to-book is only at 1.09 times and the price-to-free-cash-flow is at a low 3.68 times. This may be a Buffett value stock right now.

The bank has a NIM of 2.5% that is in line with other major banks. And its efficiency ratio is high at 67.9%, meaning that it has lots to do for cost control.

The stock has been bad for investors over the past year losing 36.06% in return including the dividend yielding 1.2%. The bank needs fixing. But it is priced as a fixer-upper right now.

See also  VIAC Stock: ViacomCBS is a Diamond in the Rough 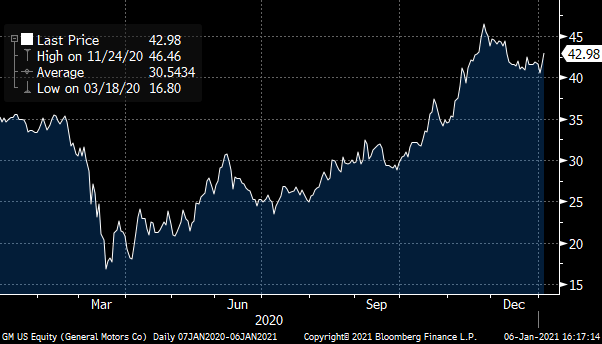 General Motors makes cars and trucks — mostly trucks. And it has had some selling troubles with revenue down over the past year by 6.7%. It also has tight operating margins at only 4.45%. This is perhaps why the stock is valued at only 1.61 times book and 9.95 times free cash flow.

The company has been making strides to move toward a future including electric vehicles — many of the new and pending models have found good reviews and preorders. With its massive capabilities for production with the right products — this Buffett value stock has potential. 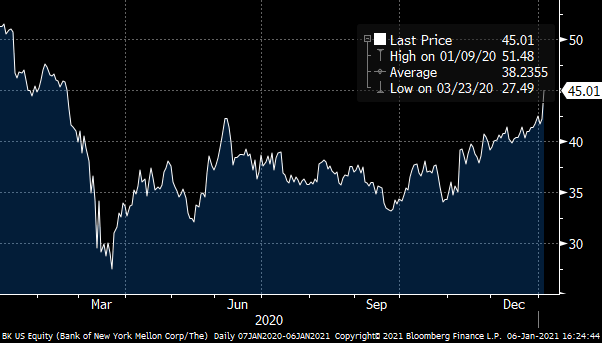 Bank of New York Mellon is an interesting behind-the-scenes company that makes so much of the markets work. It has lucrative cash-generating asset-management businesses of its own — but also provides clearing and custody for many leading financial and asset-management companies. The combination of its own asset management and its behind-the-scenes services makes for a very interesting company.

It is only valued at 0.98 times book, and with 16.2 times free cash flow, it is more like a Buffett value stock in the market right now. The key is that cash keeps coming in day after day from its services and asset-management businesses. This makes for a great fit for Berkshire.

The stock though has lost 9.56% including the dividend yielding 2.74%. And its NIM is low at 1.2%, making for tighter asset and liability management controls. Its efficiency ratio is at 66.2%, which should be better controlled by management.

But the business model is very good and attractive for a market that is increasingly valuing asset managers more highly as evidenced by mergers and acquisitions including by Morgan Stanley (NYSE:MS) of Eaton Vance (NYSE:EV). 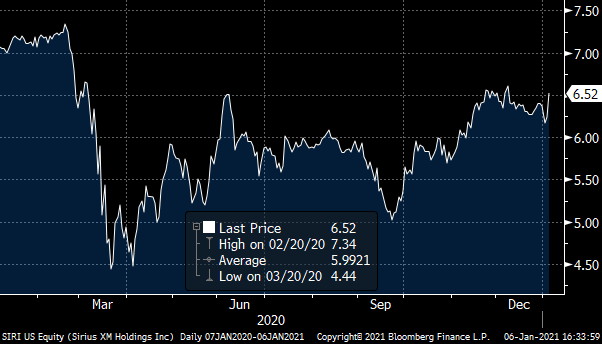 The final pick on this list of Warren Buffet stocks is SIRI. Sirius XM is in the satellite audio business. I depend on its services (as do most in my family) in my vehicle. It is a cash-generator with regular subscription fees that may be at discounts, but are acceptable discounts for company cash flows.

Revenue is up by 35.1% over the past year — even with challenging auto sales and tough economic times during the pandemic. And its operating margin is pretty good at 22.56%.

The stock is way overvalued on a price-to-book basis as the company has few intrinsic assets given GAAP (Generally Accepted Accounting Principles) accounting. And its price-to-free-cash-flow is at a higher level of 16.64 times. So, this is a challenge for Buffett to make the case of it being a value stock.

The stock has lost 7.61% including its dividend yielding 0.9%. But what might make for a value is that is does have a dedicated customer base for its services. And yes, alternative streaming makes for competition — but the simplicity of the onboard systems in cars, trucks and other vehicles makes for dependable cash flow for the company and its investors.

On the date of publication, Neil George did not hold (either directly or indirectly) any positions in the securities mentioned in this article.

SNDL Stock: Look at the Books, Not the Reddit Memes